Many-body processes in strong-field and attosecond physics have been mainly neglected up very recently. This has two main reasons: (1) These areas of physics are quite young and the primary focus up to now was to demonstrate the capabilities of these new types of strong-field and attosecond pulses, and (2) the description and the clear interpretation and identification of many-body effects is difficult. 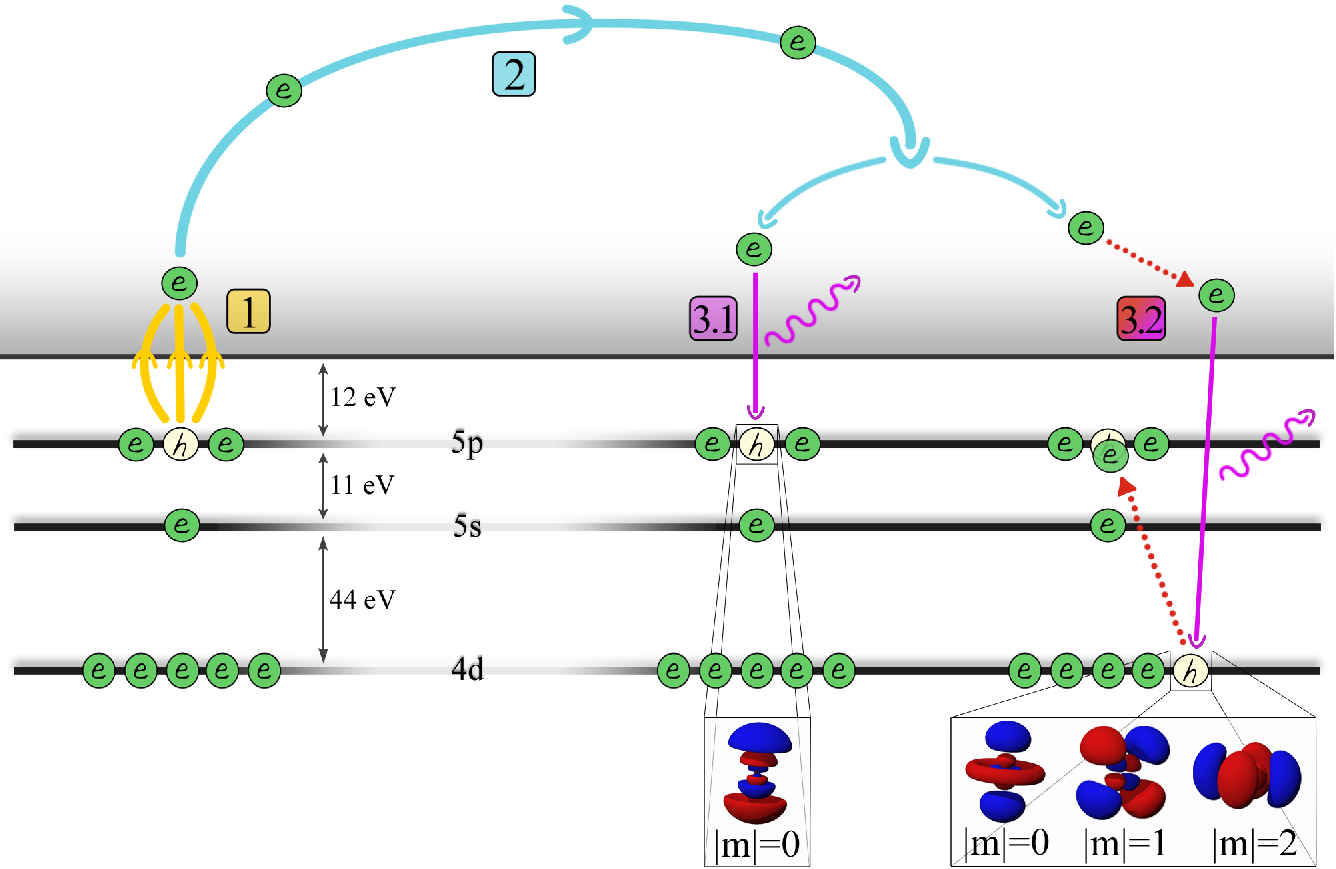 Figure 1: Sketch of the 3-step model of the high-harmonic generation (HHG) mechanism in xenon. Step 1 depicts the tunnel ionization, step 2 illustrates the field-driven dynamics of the excited electron, and step 3 visualizes the recombination of the electron with the ion. Step 3.1 depicts the usual recombination step whereas step 3.2 illustrates the recombination involving collective many-body excitations. Illustration is taken from Ref. [1]. © 2013 American Physical Society.

With the time-dependent configuration-interaction singles (TDCIS) approach, we have developed an universal theory that can describe time-dependent many-electron physics in the presence of any kind of external laser field (as long as it is linearly polarized). TDCIS describes all \(N\)-electrons in the system compared to a single-active electron description where only one electron moves in a local model potential, which mimics the influence of the nucleus and of all other electrons. A detailed description of the TDCIS theory is given here (html format) and more scientifically in Ref. [2]. TDCIS allows us to investigate systematically the importance of multiple ionization channels (e.g., ionization of the \(1s\) or \(4d\)-electron) and the interaction between them (also known as interchannel coupling).

In this work [1], we used our TDCIS approach to answer the question whether or not the observed enhancement in the high-harmonic generation (HHG) spectrum around 100 eV [3] is truly a consequence of many-body interactions or just a one-particle phenomenon as Ref. [4] suggests. In other words, the question is: Does the electron recombine in xenon as usual via step 3.1 or also via step 3.2?

Figure 2: HHG spectrum of xenon with (blue and green curves) and without (red curves) interchannel many-body effects (or step 3.2 in Fig. 1). Interchannel coupling leads to collective excitations involving all \(4d\)-orbitals (blue curve). Including only the \(4d_0\) orbital (green curve) is not sufficient. Illustration is taken from Ref. [1]. © 2013 American Physical Society.

This works show that many-body effects are occurring in the strong-field regime and can lead to very significant effects. A many-body description in the strong-field regime is therefore highly needed. Here we showed that already in a noble gas atoms such effects can occur. In molecules and clusters collective excitations are omnipresent but exactly for these complex systems it is particularly hard to develop a time-dependent many-body theory which so needed.